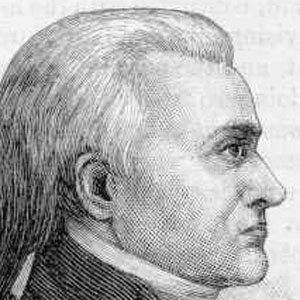 After serving in both the French and Indian War and the Revolutionary War, this Delaware-born attorney joined the Continental Congress and signed the Declaration of Independence. In addition, during the bulk of the American Revolution, he held office as President of Delaware.

Early in his political career, he was chosen as a Delaware delegate to the 1765 Stamp Act Congress.

He was a member of the Episcopal Church.

He and his brother and fellow politician, Thomas Rodney, grew up on a farm in Kent County, Delaware, as the sons of Caesar Rodney, Sr. and Elizabeth Crawford. Thomas Rodney's son, Caesar Augustus Rodney, became an early 19th-century United States Representative and Senator from Delaware.

Early in his career, he allied himself with future Pennsylvania Governor (and then Delaware politician) Thomas McKean.

Caesar Rodney Is A Member Of