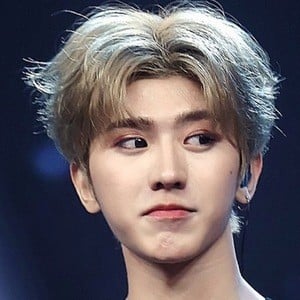 Pop music singer-songwriter who rose to fame after competing on two seasons of the Chinese reality program Super Idol. He went on to become a member of the group Swin-S. In 2018, he joined the reality competition show Idol Producer and subsequently formed the group Nine Percent.

He attended Grace Brethren High School where he played basketball.

In 2012, he made an appearance on the television program Fairy Tale.

He spent some of his childhood with his grandparents in Huaihua, Hunan.

He and fellow pop music performer Lu Han were both born in China.

Cai Xukun Is A Member Of