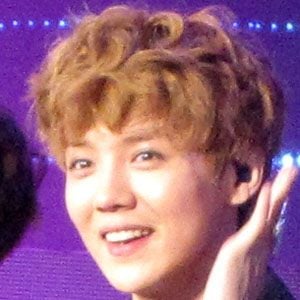 Pop singer best known as a former member of the South Korean boy band EXO. He later went on to pursue a solo career. He has also worked with the dance group Younique Unit.

He did not get chosen for a part after auditioning for JYP Entertainment's Chinese Global Auditions but was later scouted by S.M. Casting System leading to his role with EXO.

He majored in applied music at Seoul Institute of the Arts.

He grew up in Haidian District, Beijing, China. He confirmed his relationship with actress Guan Xiaotong in October 2017.

He was a member of the pop group EXO alongside Park Chanyeol.

Luhan Is A Member Of