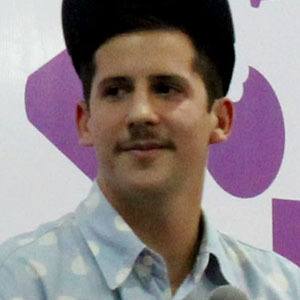 Brazilian journalist and television host who is best recognized for running the programs GNT Fashion, Second Talk, and Marmitas & Merendas all on the GNT network. He is also known for his social media presence and shares photos from on-set of his different television shows for his over 160,000 followers.

He originally started his career in journalism as a guerrilla marketing executive who travelled to seven different countries promoting a brand of chewing gum. After getting the segments featured online and on MTV, he started presenting the Sustentables program in 2010.

He is also known for having founded his own men's high fashion clothing line in 2012.

He was born and raised in Brazil and shared a photo of his mother, father, and sister to Instagram in August of 2017.

He shared a photo with pop singers Ivete Sangalo and Duda Beat to his Instagram in February of 2019.

Caio Braz Is A Member Of