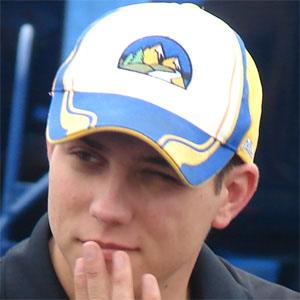 American race car driver who began his NASCAR career in 2006.

He kickstarted his racing career at just 4 years old when he started driving go-karts.

He won his first NASCAR Camping World Truck Series race at the 2012 Ford EcoBoost 200 at Homestead.

His father Bubba Gale was a NASCAR racer as well.

He defeated Mark Martin's son Matt at Lakeland in 2005.

Cale Gale Is A Member Of