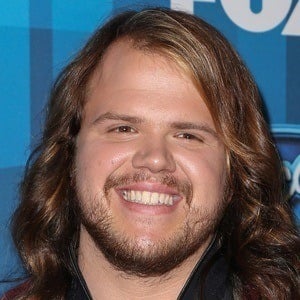 Before winning the 2014 season of American Idol, he auditioned for the series' tenth and eleventh seasons.

During his winning American Idol season, he was the only competitor among the finalists to never receive a bottom three spot.

He was born in Asheville, North Carolina. He has a brother named Houston.

Upon reaching the Final Four of the American Idol competition, he performed Jon Bon Jovi's hit song "You Give Love a Bad Name."

Caleb Johnson Is A Member Of