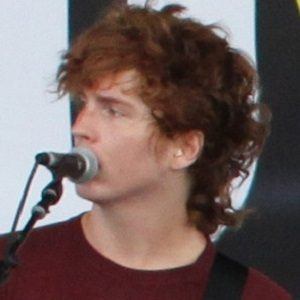 Known originally as the guitarist in the punk pop band Forever The Sickest Kids, he is now also garnering attention through the indie rock band TEAM, which he helped found in 2013. Their first single was "Am I Alive," released in 2013.

He and Forever The Sickest Kids frontman Austin Bello formed an acoustic band called Been Bradley. They were eventually introduced to the band The Flipside, which consisted of Marc Stewart, Jonathan Cook, and drummer Kyle Burns. Together they formed Forever The Sickest Kids and were slotted at number on on Alternative Press' 22 Best Underground Bands list. They toured with the Warp Tour in 2013. They have since gone almost radio silent on their social media platforms, saying that they are taking a hiatus to focus on other projects.

On his Instagram he spreads the love for his dogs, his siblings, his best friends, and his long-time girlfriend.

TEAM consists of himself and Rico Garcia from Forever The Sickest Kids, Bryan Donahue from Boys Like Girls, and Jay Vilardi from The Almost.

Caleb Turman Is A Member Of