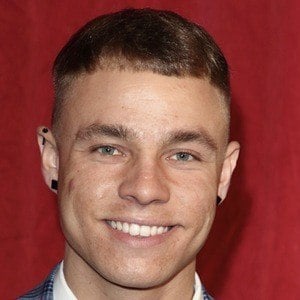 2016 addition to the cast of Coronation Street who made his television debut on the long-running soap opera in the role of Clayton Hibbs.

He was a student at Tameside College when he was discovered by his management team at a talent workshop in 2014.

He would train at David Johnson Drama in Manchester.

His character proved to be a big part of the life of Paula Lane's character Kylie Platt in Coronation Street.

Callum Harrison Is A Member Of