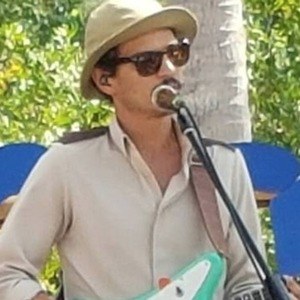 World music singer who was nominated for a Latin Grammy Award for Best Alternative Music Album in 2014. He has 500,000 followers on his elcaloncho Instagram account.

He grew up playing drums, which allowed him to experiment with melody and rhythm.

His first EP entitled "Homeotermo" was first released in 2011.

He took his name from his grandfather, which was given to him by his step sister, Angélica.

He and Vicente Fernandez are world music singers from Mexico.

Caloncho Is A Member Of