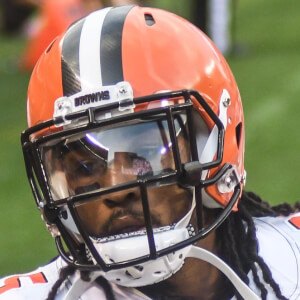 Safety drafted by the New York Jets in the first round of the 2014 NFL Draft. He was a standout player at the University of Louisville, where he played from 2011 to 2013.

He played defensive back and running back at Port St. Joe High School.

He was a First-Team All-AAC selection at the University of Louisville.

He has a child named Jayle.

He and quarterback Tajh Boyd were both picked in the first round of the 2014 NFL Draft by the New York Jets.

Calvin Pryor Is A Member Of