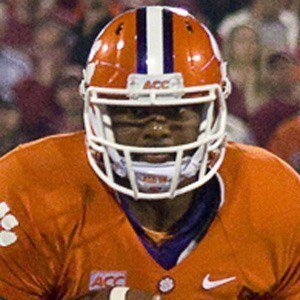 Former star Clemson Tigers quarterback who was a First-Team All-American and the ACC Player of the Year in 2012. He was selected 213th overall in the 2014 NFL Draft by the New York Jets.

He was the co-MVP of the U.S. Army All-American Bowl his senior year of high school.

He set an ACC record by throwing 38 touchdowns in a single season.

He grew up in Hampton, Virginia with four brothers.

He was selected as one of four All-American quarterbacks with Johnny Manziel in 2012.

Tajh Boyd Is A Member Of