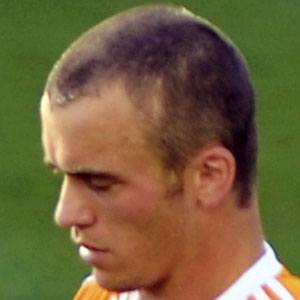 American forward who began his MLS career with the San Jose Earthquakes in 2009.

He played 3 seasons with the Norwegian team Haugesund before moving over to the MLS.

He was the USL's First Division Top Scorer in 2006 while playing for the Seattle Sounders.

He was born to Bill and Julie Weaver.

Cam Weaver Is A Member Of