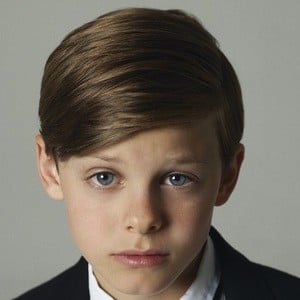 Television son of Nicole Kidman's character in the HBO series Big Little Lies who portrays Josh Wright. He acts alongside his real life twin brother Nicholas in the series. He also acted in the 2018 film Anywhere With You.

He was a guest-star in an episode each of Single Parents and Teachers.

Watching his older sister Isabella Cramp helped convince him that he wanted to be an actor. His father Bradley is a producer and writer while her mother, Denise, is a Broadway and film actress.

His television father in the show Big Little Lies was played by Alexander Skarsgard.

Cameron Crovetti Is A Member Of