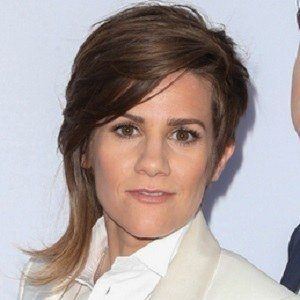 LGBTQ comedian first known for making her debut television appearance on The Late, Late Show with Craig Ferguson. She has worked with BuzzFeed, paneled for Chelsea Lately, and blogged for the A.V. Club.

She began her career by performing standup in comedy clubs in Chicago. She became a regular for the Lincoln Lodge in 2007 and stayed with them until 2011.

In addition to her traditional comedy and blogging, she has been the host of two podcasts: Put Your Hands Together and Wham Bam Pow.

She grew up in Chicago, Illinois alongside a sister named Allyson. In 2015, she married partner and fellow comedian Rhea Butcher.

She has worked with comedians like Chris Hardwick and been featured on shows with Conan O'Brien.

Cameron Esposito Is A Member Of