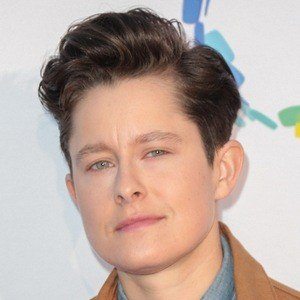 Stand-up comic and actress with a debut stand-up album titled Butcher who can be heard on podcasts called Put Your Hands Together and Wham Bam Pow. She was a creator of the Seeso television series Take My Wife and earned a recurring spot on TruTV's Adam Ruins Everything.

She was a skateboarder growing up. She trained at Second City in Chicago, Illinois.

She performed at the inaugural Chicago Women's Funny Festival and was named the 2012 OutLoud Chicago Queer Comedy contest winner. She was seen in the BuzzFeed series of videos titled Ask a Lesbian.

She stars alongside her wife Cameron Esposito on the show Take My Wife.

Rhea Butcher Is A Member Of