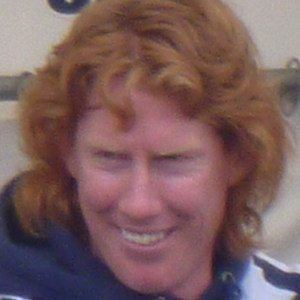 Australian rules football player who spent his entire 12-year career with the Geelong Cats. He won three championships with the team, serving as captain for their 2011 title. He worked as an announcer after retiring.

He played for the junior football Geelong Falcons before being drafted by the Cats. He was moved from full-forward to tagger after he was drafted.

He won several awards in his career, including being named to the All-Australian team in 2007.

After Ling retired in 2011, Joel Selwood took over as captain for Geelong.

Cameron Ling Is A Member Of