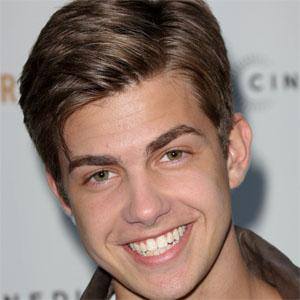 Co-star alongside Caitlin Gerard on the MTV show Zach Stone is Gonna Be Famous, which is about one man's quest for celebritydom.

He got his first acting experience when cast in a Wal-Mart commercial.

He was honored by the Los Angeles mayor's office for his work in creating a PSA about drugs.

His father was a US Navy officer, and therefore he spent much of his early childhood moving around military bases. His brother Nick Palatas is a fellow actor and he has another brother named Philip Palatas.

Cameron Palatas Is A Member Of