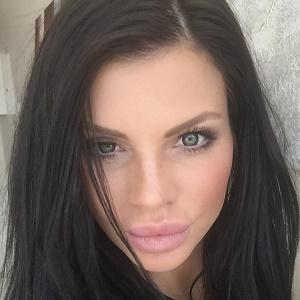 Model and actress who moved to Oslo, Norway to pursue her dreams at the age of 18, just after finishing high school. At 20, she moved to Stockholm, Sweden and would soon after travel the world, earning multiple covers in magazines and appearing in TV shows worldwide.

She started modeling and acting at a young age and landed her first cover in Norway for a teen magazine when she was 15 years old. She originally wanted to become a pilot or a veterinarian.

She moved to Dubai for some time to work for Fashion TV Arabia, a job she could not turn down as it offered her easy access to work with big name celebrities and cover big red carpet events.

She was born and raised in a small town called Mosjøen in Northern Norway. As the only girl in her neighborhood she was one of the guys and learned how to ride bikes and twist and turn her mechanical skills.

Something of a socialite, she's posted pictures to Instagram with celebrities like Will Smith, Tameka Foster, and Marlon Wayans.

Camilla Jacobsen Is A Member Of