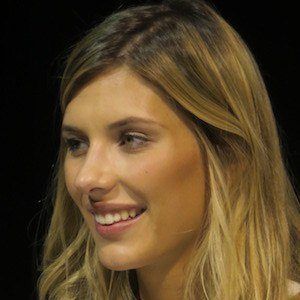 French model who is best known for her victory at the Miss France beauty pageant in 2015. She placed in the top 15 at Miss Universe 2014.

When she was 15, she won a contract with Elite Model Management after entering a modelling contest.

She has a twin sister named Mathilde.

Donald Trump owned the Miss Universe pageant in which she competed in 2014.

Camille Cerf Is A Member Of