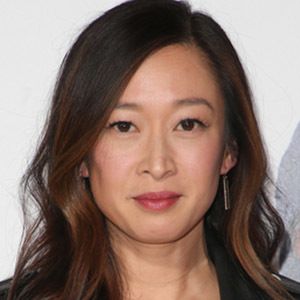 Actress who has gained fame for her career in Hollywood film and TV, including as Dr. Chen in the 2018 black comedy film Game Night. She starred as Samantha Li on the popular TV comedy-drama series Studio 60 on the Sunset Strip between 2006-2007.

She graduated from the University of Texas at Austin. She made her film debut in an uncredited appearance as Ms. New Hampshire in the 2000 comedy Miss Congeniality.

She played Grace Kim on the 2017 USA mini-series Unsolved: The Murders of Tupac and the Notorious B.I.G. Her scene in Game Night was praised by The Village Voice, The Hollywood Reporter, and The New Yorker.

She was born in Taiwan and raised in the US.

She appeared alongside Rachel McAdams and Jason Bateman in the 2018 film Game Night.

Camille Chen Is A Member Of