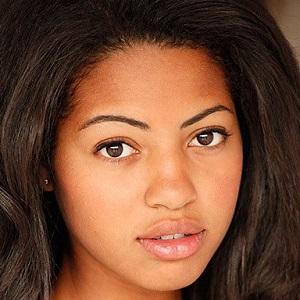 Actress and singer who became well known for her role as Shelby Watkins, AKA the Pink Dino Charge Ranger, in the television series Power Rangers Dino Charge. She was cast as Alexandra Cabot on the CW series Katy Keene.

She moved to Los Angeles, California to pursue acting and attend Chapman University at 17.

In school, she majored in environmental ecology and became president of the equestrian club.

She had her first acting experience at age 4 in a school musical.

She stars alongside Brennan Mejia in Power Rangers Dino Charge.