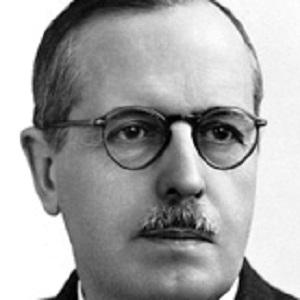 Remembered for his research in the fields of endocrinology and physiology, this Argentine-born scientist received the 1947 Nobel Prize for his work on pituitary regulation of glucose in animals.

He began attending the University of Buenos Aires' pharmacy program when he was just fourteen years old; at age seventeen, he entered the same university's medical school. He later chaired his alma mater's physiology department.

He shared the 1947 Nobel Prize in Physiology or Medicine with biochemists Carl and Gerty Cori. He was both the first Latin American and first Argentine recipient of a Nobel Prize for science.

He grew up in Buenos Aires, Argentina, as the son of French emigrants named Clara and Albert Houssay.

He and Luis Leloir were both Nobel Prize-winning, Argentine-French scientists.

Bernardo Houssay Is A Member Of