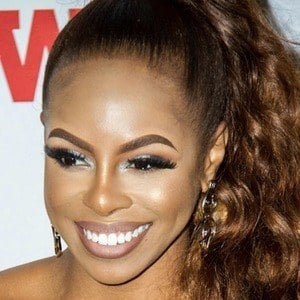 Field organizer for the Democratic National Committee known for her appearances on the Bravo reality show Real Housewives of Potomac.

She was a White House intern from 2010-11 and worked as a field organizer for Barack Obama's 2012 reelection campaign.

In 2013 she won the title of Miss United States and has since opened up Candiace Dillard Pageant Consulting.

Her parents Chris and Crystal were Air Force physicians and raised their children in Biloxi, Mississippi. In August 2018, she married Chris Bassett.

She stars alongside Gizelle Bryant, Karen Huger and Ashley Darby on RHOP.

Candiace Dillard Is A Member Of