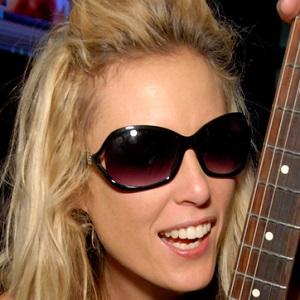 Her band released its first album, Fully Loaded, in late 2005 and followed it up with a 2011 recording titled K-Go! A third album, City of Angels, debuted in 2014.

The Warner Drive Facebook page has earned over 17,000 likes.

She was raised in Los Angeles, California. She and Nathan Biggs wed on August 16, 2017.

She and drummer Guy Hoffman both performed with Los Angeles bands.

Candice Levinson Is A Member Of