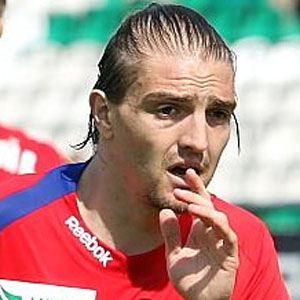 Turkish soccer player known for his time with the Super Lig squad Fenerbahce SK. He has won multiple Super Lig and Turkish Cup titles with the team since 2011.

He began his youth career with Manisaspor in 2002.

He has worked his way up through the ranks on the Turkish national team, getting his start with the Under-17 squad in 2004.

He has been teammates with Dutch player Dirk Kuyt on Fenerbahce SK.

Caner Erkin Is A Member Of