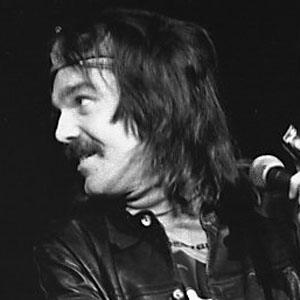 Rock musician in the 1960s and 1970s who had a string of critically acclaimed but commercially unsuccessful albums with the Magic Band.

He attended high school in Lancaster, California with Frank Zappa.

His Trout Mask Replica album, which was released in 1969, went on to inspire a generation of punk and new wave musicians.

He was born Don Vilet in Glendale, California.

Modern day rockers like Jack White have made covers and tributes to Captain Beefheart's music.

Captain Beefheart Is A Member Of