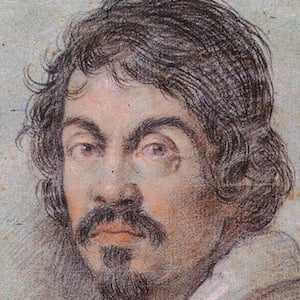 Italian Baroque, realist painter whose works were known for their religious themes and dramatic use of light. He was called the most famous painter in Rome during the early 1600s.

He began his first artistic apprenticeship at age thirteen. In 1600, his early commissioned works, "The Martyrdom of Saint Matthew" and "Calling of Saint Matthew," established his artistic reputation and brought him much commercial success.

He pioneered a naturalistic painting style, later referred to as Tenebrism, that combined physical and emotional realism with the almost-theatrical use of light and darkness.

He was born in Milan, Italy to Fermo Merisi and Lucia Aratori.

His work was influenced by Leonardo da Vinci's masterpiece "The Last Supper" from 1494-1498.

Caravaggio Is A Member Of