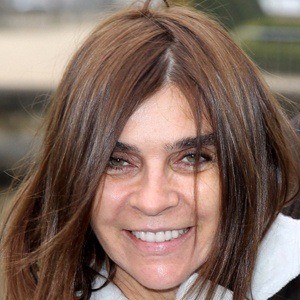 She was scouted to be a model on the streets of Paris by a British photographer's assistant when she was 18 years old. She was a writer and stylist for French Elle.

Her daughter Julia was involved in a children's fashion shoot for Italian Vogue Bambini that was photographed by Mario Testino.

Carine Roitfeld Is A Member Of