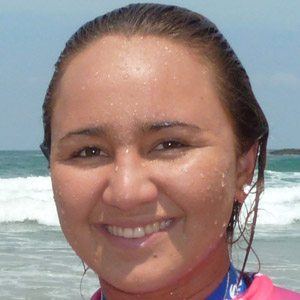 Hawaiian surfer who was the 2011 and 2013 ASP Women's World Tour Champion. She won an unprecedented 11 NSSA Titles.

She won three tournaments in 2004, which were the Open Women's, the Explorer Women's and the Middle School Girls events.

She became the youngest winner of the ASP Women's World Tour in 2011.

Her father taught her how to surf at a young age. She married high school sweetheart Luke Untermann in December of 2017.

She is a contemporary of fellow Hawaiian surfer Bethany Hamilton.

Carissa Moore Is A Member Of