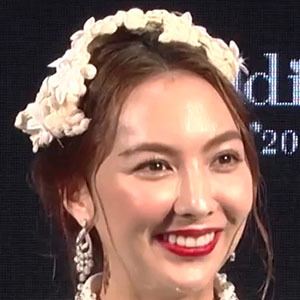 Thai-British actress and model who is known for her roles in both film and television. She is recognized for having starred as Beatriz Waranon in the series Gossip Girl: Thailand. She is also known for her channel 3 recurring roles including as Che in Ghost Money and Noodee in The Main Wife.

She attended the College of Social Communication and Innovation before entering the entertainment industry as a model in 2015. Her debut was in The Face Thailand competition where she made it to the tenth round. Her acting debut came in 2014 when she starred in Sunrise House.

She is known for having won the Best Rising Actress award at the 4th annual Daw Mekhla Awards for her performance in Gossip Girl: Thailand in 2016.

She was born and raised in Chon Buri, Thailand.

She shared a photo with fellow models and actors Namwan Raknapak, Gina Virahya, and Cris Horwang to her Instagram in March of 2019.

Carissa Springett Is A Member Of