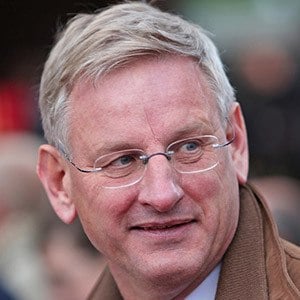 He studied at Stockholm University.

He is an active blogger, and started his first blog in 2005.

In February 1994, he sent an email to Bill Clinton. It became the first publicly known electronic message sent between two heads of government.

Carl Bildt Is A Member Of