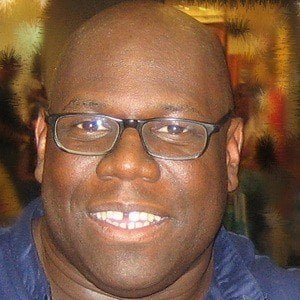 He got his start on the rave scene, spinning at popular discos like Shelly's, The Hacienda, and Ultra Music Festival in Miami.

He crammed in two Millennium celebrations during 1999/2000, where he flew between timezones and celebrated the New Year twice.

He was born in Oldham, England.

He and DJ Khaled have both worked the massive rave Electric Daisy Carnival in Las Vegas.

Carl Cox Is A Member Of