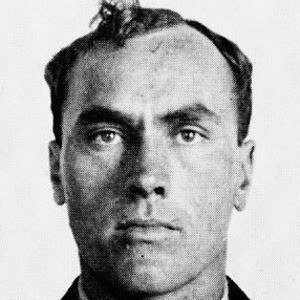 Serial killer and rapist who went by multiple aliases and confessed to killing 22 people in the 1920s.

He was an alcoholic by his teen years and was imprisoned multiple times for burglary.

He claimed to have killed ten sailors in New York City, luring them away from bars before raping and shooting them; he also raped and killed young boys.

He was 7 years-old when his father abandoned the family.

Carl Panzram Is A Member Of