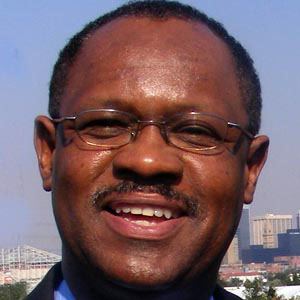 Former mayor of Cleveland, Ohio who became the first African American mayor of a major U.S. city in 1967. He also served as the United States Ambassador to Seychelles from 1994 to 1995.

He was raised in the Outhwaite Homes, Cleveland's first federally funded housing project for the poor.

He became the first black anchorman in New York City when he took a job with television station WNBC-TV in 1972.

He had four children.

Bill Clinton appointed him U.S. Ambassador to the Republic of Seychelles in 1994.

Carl Stokes Is A Member Of