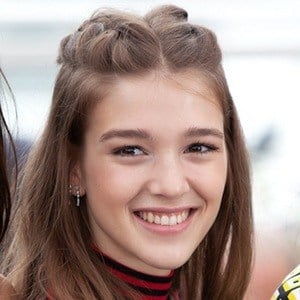 TV actress known for her role on the Spanish TV series 90-60-90: Secret Diary of a Teenage Adolescent.

She grew up in Barcelona, Spain, participating in various runway fashion shows.

She received a cavalcade of recognition for her work on the Spanish telenovela Yo Soy Bea. She played the daughter of one of the main protagonists.

She performed alongside her brother Guillermo Campra in the Spanish adventure TV series Red Eagle.

Carla Campra Is A Member Of