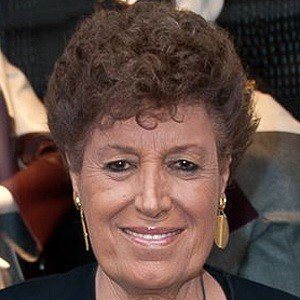 Gained fame as the heiress to the luxury handbag company Fendi. Nicknamed the General, she was central to the brand's success in North America.

Her parents, Adele and Edoardo Fendi, founded Fendi in 1925 in Rome. It originally began as a fur and leather shop.

Despite Fendi's takeover by the LVMH group in 2001, she remained honorary president until her death.

She was one of five sisters to inherit the Fendi brand. Her sisters are Paola, Anna, Franca, and Alda. Her husband, Candido Speroni, passed away in 2013. She had no children.

She worked alongside designer Karl Lagerfeld after he joined Fendi in 1965.

Carla Fendi Is A Member Of