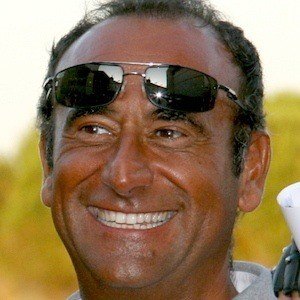 Italian TV host known for his work with a wide variety of programs, including Tale e Quale Show, Aria Fresca, and Miss Italia. He first garnered attention for hosting Discoring in the mid-1980s.

He studied accounting in college and proceeded to work as a bank teller for half of the 1980s before his television career took off.

He's served as the host of the Sanremo Music Festival, initially earning the role in 2015, and has an asteroid named after him.

He married Francesco Vaccaro in 2012 and has two children. His parents are Giuseppe and Lolette Conti.

He and Lino Banfi both spent time in their respective careers hosting Domenica In.

Carlo Conti Is A Member Of