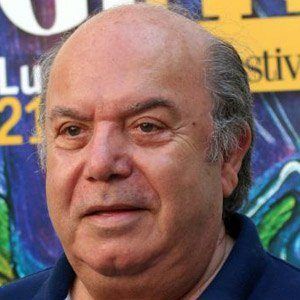 Known for appearing in over one hundred movies between 1960 and 2012, this Italian screen actor rose to fame in the 1970s and 1980s for his roles in such films as Il Commissario Lo Gatto and L'Allenatore Nel Pallone.

His earliest films include Howlers of the Dock, Two Mafiosi Against Goldfinger, and The Two Parachutists.

He played the role of Grandpa Libero in the television series Un Medico in Famiglia.

His birth name was Pasquale Zagaria. He and his wife Lucia became parents to a daughter named Rosanna and a son named Walter.

Lino Banfi Is A Member Of