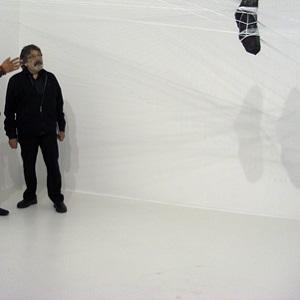 Venezuelan kinetic and op artist whose work has been shown in the Sicardi Gallery in Houston, Texas and the Maxwell Davidson Gallery in New York, New York.

He studied the work of Georges Seurat and Josef Albers while he attended school.

He was appointed for life as the president and member of the superior council of the "Museo de la Estampa y del Diseño Carlos Cruz-Diez" Foundation in Caracas in 1997.

He came from a Venezuelan family with whom he was raised until moving to Paris for work.

He was the inspiration for fashion designer Miuccia Prada 's Prada boutiques that pay homage to him.

Carlos Cruz-Diez Is A Member Of