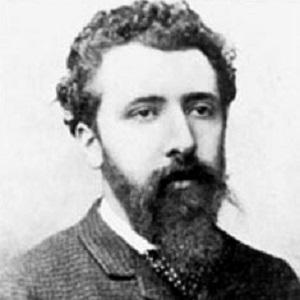 Post-Impressionist painter and draftsman whose iconic work, "A Sunday Afternoon on the Island of La Grande Jatte," exemplified his pointillist style. His first major painting was titled "Bathers at Asnières." It portrayed a young man relaxing in a working-class suburb of France.

He was trained by the famed Henri Lehmann at the École des Beaux-Arts. His work heralded the beginning of the Neo-Impressionism and Pointillism movements.

His most famous painting, 'A Sunday Afternoon on the Island of La Grande Jatte,' became the inspiration for the Broadway musical, 'Sunday in the Park with George,' by Stephen Sondheim. His work became very influential during the era of proto-Cubism in the early 20th century.

He was born into a wealthy family to Antoine Chrysostome Seurat and Ernestine Faivre. He had a son named Pierre in 1890 with then-girlfriend Madeleine Knobloch.

He and Paul Cezanne were both classified as Post-Impressionist painters.

Georges Seurat Is A Member Of