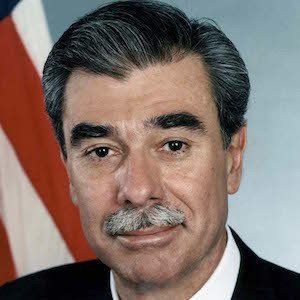 American politician and businessman who served as the 35th U.S. Secretary of Commerce from 2005 to 2009. He was also the CEO of the Kellogg Group.

He joined the Kellogg Company in Mexico in 1975 and was elected executive vice president of Kellogg USA in 1990.

He was the youngest CEO in Kellogg's history and the only Latino CEO of a Fortune 500 company when he was appointed.

He married Edilia Gutierrez, and they had three children.

He served as the Secretary of Commerce under U.S. President George W. Bush.

Carlos Gutiérrez Is A Member Of