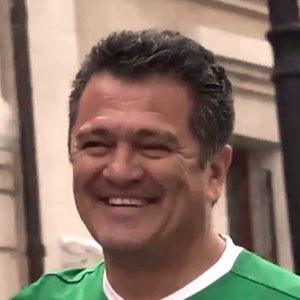 Retired striker who was gained prominence for his Liga MX club career in Mexico, where he was the top goal-scorer in the league three straight seasons between 1994-1996. He won the 1995 Balón de Oro, and was the Copa Mexico top scorer in 1997.

He made his professional soccer debut for América in 1983.

He was originally born and raised in Cerro Azul, Veracruz, Mexico.

Carlos Hemosillos Is A Member Of