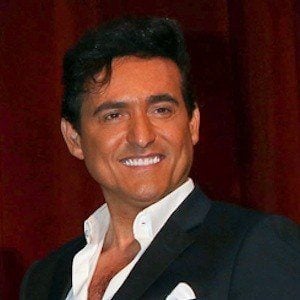 Spanish pop singer who has performed as a baritone with Il Divo.

He released his first album at age eight, entitled The Little Caruso.

He released a Greatest Hits album with Il Divo in 2012.

He had a relationship with Kim Sharma in 2009 and he was previously married to Geraldine Cerceda Larrosa.

He became bandmates with Urs Buhler in Il Divo in 2004.

Carlos Marin Is A Member Of