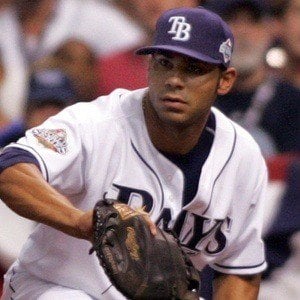 MLB first baseman who represented the Tampa Bay Rays in the 2009 All-Star game. He helped the Rays reach the World Series in 2008.

He hit .324 with 24 home runs in two seasons at Northeastern University.

He has three children with wife Pamela, whom he married in 2003.

He was featured in the 2011 film Moneyball, which starred Brad Pitt.

Carlos Peña Is A Member Of