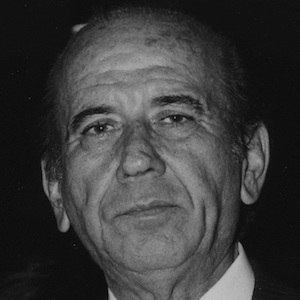 Democrat who is best known for twice holding office as the President of the Republic of Venezuela. Thanks to profits from petroleum exportation his first tenure as President was marked be economic prosperity.

He was a founding member of the Venezuelan Youth Association at age 15.

His presidency in the 1990s was met by two failed coup attempts to overthrow the Republic of Venezuela.

He had six children with his first wife Blanca Rodriguez.

He ended his second term as President of Venezuela six years before Hugo Chavez took office.

Carlos Pérez Is A Member Of