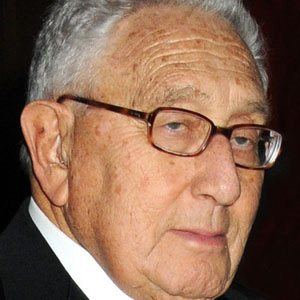 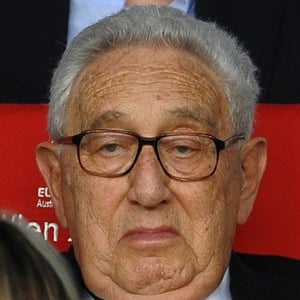 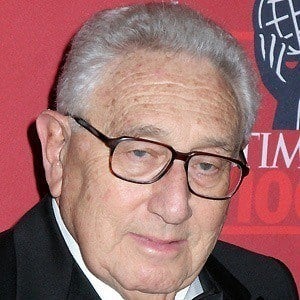 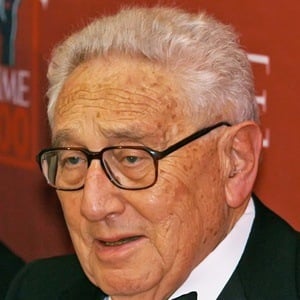 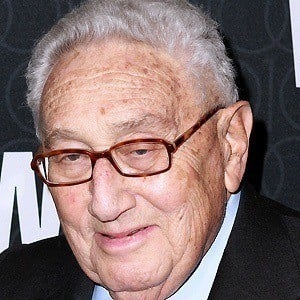 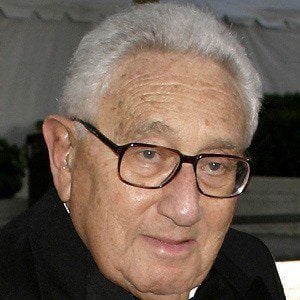 Richard Nixon's secretary of state who was an instrumental figure in American foreign policy during the Vietnam War. He won the Nobel Prize in 1973 for his work on the Paris Peace Accords, which effectively ended the Vietnam War. He is a polarizing figure, considered to be a war criminal by certain activists and human rights lawyers but held in high regard by many others.

In high school, he was employed at a shave brush factory at nights in Manhattan after fleeing Germany with his family to escape Nazi persecution.

He waited several hours to tell Richard Nixon that Syria and Egypt had attacked Israel in 1973 because he didn't want the President to intervene. In 2012, he was awarded Israel's President's Medal.

He married Nancy Kissinger in 1974 and he raised two kids named David and Elizabeth Kissinger. His parents are Louis and Paula Kissinger.

He remained the Secretary of State under Gerald R. Ford after Richard Nixon resigned.

Henry Kissinger Is A Member Of