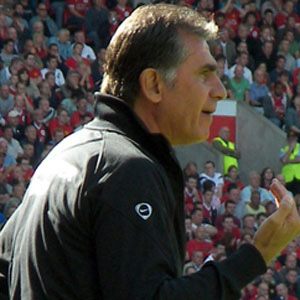 Football manager of the Iran national team since 2011. He was previously the manager of the Portuguese national football team from 2008 until 2010. He also managed Real Madrid and served as Alex Ferguson's assistant at Manchester United.

He coached the Portuguese national U-20 football team, where he discovered its 'Golden Generation' players.

After working in Portugal, he spent time coaching all over the world: from the NY/NJ MetroStars, to Nagoya Grampus Eight, to UAE and South Africa.

He was born in Nampula, Mozambique, then a Portuguese Overseas Province.

Rui Cosa was one of Portugal's "Golden Generation" of elite players that were first discovered and trained by Queiroz.

Carlos Queiroz Is A Member Of