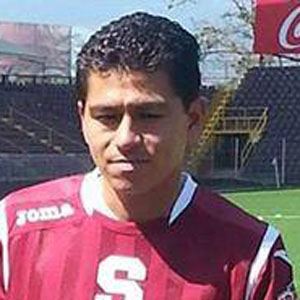 Striker who joined San Jose in 2012 after playing for such teams as Independiente Medillin and Aurora. He became a member of the Bolivian national team in 2007.

He debuted professionally for Oriente Petrolero in 2006.

He appeared in 28 matches, scoring 11 goals for Bolivian club The Strongest in 2009.

He was born in Santa Cruz de la Sierra, Bolivia.

He and midfielder Erwin Sanchez both represented Bolivia in international competition.

Carlos Saucedo Is A Member Of