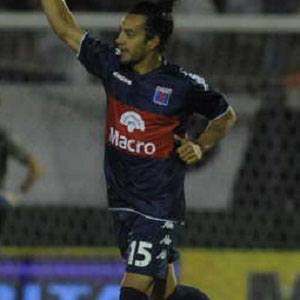 Right winger who joined Tigre in the Argentine Primera Division in 2010.

His early senior career was spent with Los Andes from 2002 until 2006.

He left Argentina for Romania during the 2006-2007 season, signing with the First Division of Ceahlaul Piatra Neamt and the Second Division of FC BraÅŸov.

His family was residing in Lomas de Zamora when he was born.

He and Claudio Bieler both came up through the Argentine Primera Division.

Ángel Gastón Díaz Is A Member Of