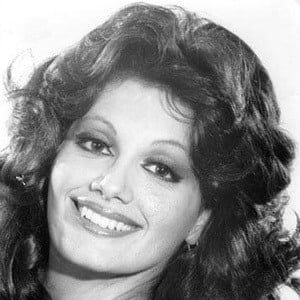 Argentine actress, dancer, comedian, and producer who is best recognized for having been the first winner of the competition dance series ShowMatch's Bailando 2006. She is also known for her work in the feature films Las muñecas que hacen pum and Expertos en pinchazos.

She made her debut as an actress in 1976 when she starred in the feature film La guerra de los sostenes. She then moved over to television in 1985 when she appeared on Mesa de Noticias.

She has won several awards for her acting including a Martin Fierro award in 1997 and an Estrella de Mar award in both 2007 and 2008.

She is the granddaughter of musician Guillermo Desiderio Barbieri who played guitar for Carlos Gardel.

She starred alongside Dalma Maradona in the 1997 television series Cebollitas.

Carmen Barbieri Is A Member Of